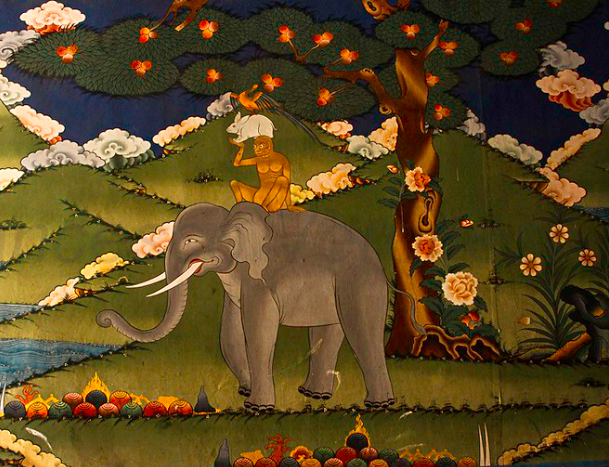 The architectural design of the Royal Textile Academy is a reflection on the fable of The Four Friends (Thuenpa puen shi), a story that celebrates teamwork and collaboration.

A peacock, a rabbit, a monkey, and an elephant joined forces to produce a bountiful tree. The peacock found a seed which the rabbit planted; the monkey helped fertilize the seed; and when it flourished into a beautiful tree, the elephant watered it and stood by to guard it.

The tree grew tall and thick with fruit. But the fruit was too high to reach! Working together, the four animals climbed on each other’s backs so that they could pick the fruit from the highest branches and share it with one another.

As in our fable, the Royal Textile Academy has its four cooperating friends.

The first is the Textile Museum, representing the serenity and beauty of the peacock; the second friend, the Weaving School and Conservation Center, is the Rabbit who plants the fruitful seed; the third friend, the Business Center, reflects the resourcefulness of the Monkey; and the fourth friend, the Conference Center, is the nurturing and protective Elephant.

All four buildings, each designed with its own architecturally distinct shape, size, and color, gather around a shared courtyard to form an architectural whole, symbolically referencing the fable and its ethic of cooperation and partnership.

Singularly and together, these Four Friends define and sustain the Royal Textile Academy. 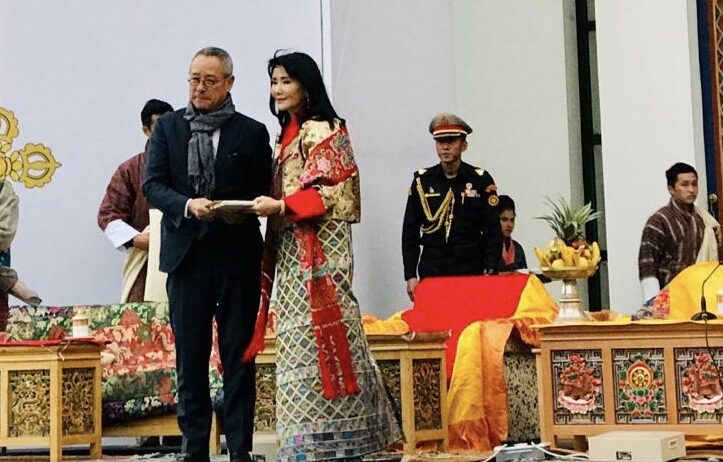 Architect Doug Soe Lin with Her Majesty at the Groundbreaking Ceremony